Before you buy that robot, have you seen this forex Enigma EA review?

The forex market is a market that requires in-depth knowledge before you can place any profitable trade in it.

This is why many forex traders have decided to make use of forex expert advisors in trading.

These expert advisors help to place trades and take profits depending on how their developers built them.

However, the internet is filled with thousands of robots today.

As a result of this, it is so difficult to choose which robot is the most suitable.

And this is because 90% of the forex robots that are on the internet today are scams.

Do you intend to buy the Forex Enigma EA soon? is this a profitable low-risk ea like our own profit robot?

Then, here is a detailed review that would explain everything you need to know about the robot.

Forex Enigma is a robot that works for 24 hours daily in a trading week.

The robot makes use of the 1:100 leverage in placing trades.

Also, the robot works only with mt4.

It has a 3 in 1 trading strategy which helps in scalping, finding grids, and detecting new trends.

In addition, the robot has a News filter which greatly improves the efficiency of trades.

The Forex Enigma EA works mainly with the EUR/CHF currency pair and with multiple pairs like EURUSD, GBPUSD, AUD/USD, and so on.

It trades these currency pairs on the H1 timeframe.

Lastly, the minimum amount that a trader needs to trade on this robot is only $10.

However, are these features good enough to make you buy the robot?

The robot has something that looks like a verified live account trading result but one can guarantee that it’s a live account or the normal attempt to mislead traders into thinking that they have a live trading account.

Also, on the live account result, some of the trades had no narration of profit or loss.

The developers of this robot did not reveal the strategy that it uses.

However, the robot works with a 3X innovative strategy in one algorithm.

This strategy helps to the scalp, detect new trends, and grid.

Many robot owners tend to hide the strategy they use.

This is to avoid cases of intellectual theft.

Should You Buy The Forex Enigma Robot?

One of the major reasons why this Forex Enigma EA review is so important is to help you choose whether to buy the robot or not.

The robot has many good features but here are a few shortcomings you should consider before buying the robot.

Firstly, the robot makes use of very high leverage.

The minimum amount that a trader requires to trade on this robot is $10.

However, the robot trades with a leverage of 1:100.

This is such a high amount of leverage for anyone that wants to trade with a little capital.

If the robot should lose a trade with this leverage, a user will lose a lot of money and even his capital.

Also, the developers of this robot were not transparent enough to provide full details of the trading results of the robot.

Most of the trades that the developers recorded were not with a profit or loss.

Were the developers trying to hide something?

In addition, the robot incurred losses that were five times bigger than the average profit.

This is a cause for alarm for anyone that wants to get the robot.

Does this imply that such a person might end up losing all his money on a trade? 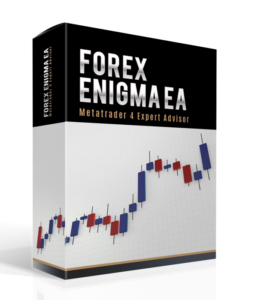 Forex Enigma is a popular expert advisor. Review shows that it has No Live Account Proof and the Identity of the Creator is hidden. I smell foul play.

Forex Enigma is a robot that works for 24 hours daily in a trading week.

The robot makes use of a News filter that makes it more efficient for trading under any market condition.

Also, the robot makes use of a 1:100 leverage or higher on every trade.

However, the robot has some shortcomings that every intending buyer must not overlook.

Firstly, the leverage that the robot uses is very high.

Remember that the higher a leverage is, the higher the number of risks attached to a trade.

And using high leverage is a feature of a bad risk management practice.

These amounts were 5 times bigger than the average profit that it makes.

Furthermore, you should feel concerned when a robot has more than one price.

Does this imply that the robot users would get different advantages depending on the plan they subscribe to?

Do you still want to buy the robot after reading to this point?

If I were you, I would register for an advanced forex class.

Or I will keep visiting forex dominant for more reviews and articles about the forex market and different robots.